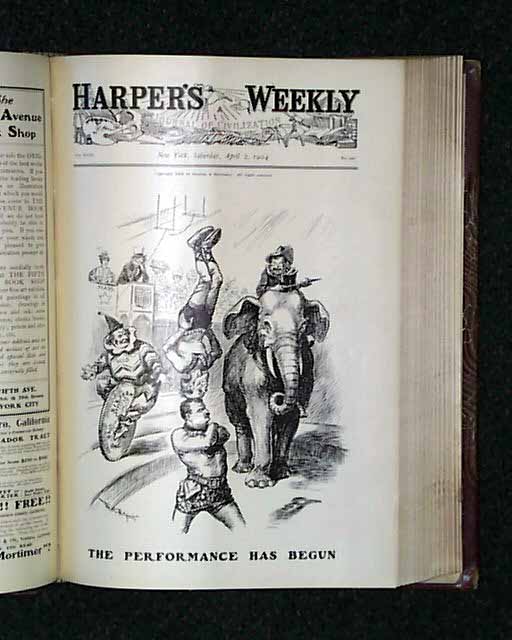 
HARPER'S WEEKLY, New York, April 2, 1904Frontpage illustration "The Performance Has Begun" by W. A. Rogers; Snap-Shots From the Scene of War; General Kuropatkin and Russian Artillery Officers in the Field; Every-Day Life in Japan--How the Children are Cared For; Multiple articles on the State of Southern California; Persons and Places of Importance in the Far Eastern Crisis; and many other photos of the war in the East; and other advertisements of the day. The issue is complete in 12-16 pages, in good condition, and contains additional prints and related text. See photos for details.