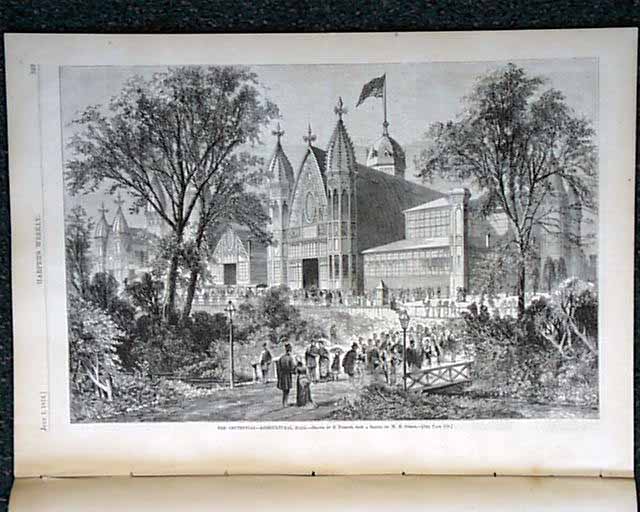 
HARPER'S WEEKLY, New York, July 1, 1876  Famous full front page Thomas Nast print: 'Tweed-Le-Dee & Tilden-Dum' shows Boss Tweed grabbing two little boys. This is the illustration that made the Spanish officials take him for a Child-stealer. It was this July 1 issue, seen by officials in Spain, that caused Tweed to be captured upon his arrival there.
A 1/3 illustration 'The Westchester Polo Club - Match Game for the Challenge Cup.' A full page features two half-page portraits of 'The Republican Candidates for President and Vice-President.' An article entitled 'Northern Settlers and the Ku-Klux'. A full page illustration by Bellew entitled 'Donkeys at the Centennial.'
There are several illustrations of The Centennial held in Philadelphia which are very displayable.
Complete in 16 pages and contains additional prints and related text.