HARPER'S WEEKLY, New York, Nov. 18, 1865  Certainly the most desired print is the half page vertical print showing a baseball game in action, and showing the full expanse of the field with crowd. The caption reads: "Base-Ball Match Between the 'Athletics' of Philadelphia, Pa. and the 'Atlantics' of Brooklyn, N.Y., Played at Philadelphia, Oct. 30, 1865." There is also a related--albeit short--article on the game as well, titled: "The Base-Ball Match at Philadelphia."
Other prints within the issue include a ftpg. print of: "Colonel John O'Mahony, Head Centre of the Fenian Order", a full page: "Cholera at Marseilles--Fires Lighted in the Square of the Old Palace of Justice to Destroy the Pestilence." Smaller prints of "Explosion of the Boiler on Board the 'St. John' " "The Late Henry John Temple, Viscount Palmerston" "The Hudson River Steamer 'St. John' " and "Earthquake in San Francisco, California--View of the Corner of Battery & Sacramento Streets" & another earthquake print. Also: "The Virginia State Penitentiary at Richmond, Virginia & two prints on: "Experiments with American Torpedo Shells at Chatham, England" and a print of: "Hon. James L. Orr, Governor Elect of South Carolina."
The back page cartoon is captioned: "Nothing Certain". Complete in 16 pages. 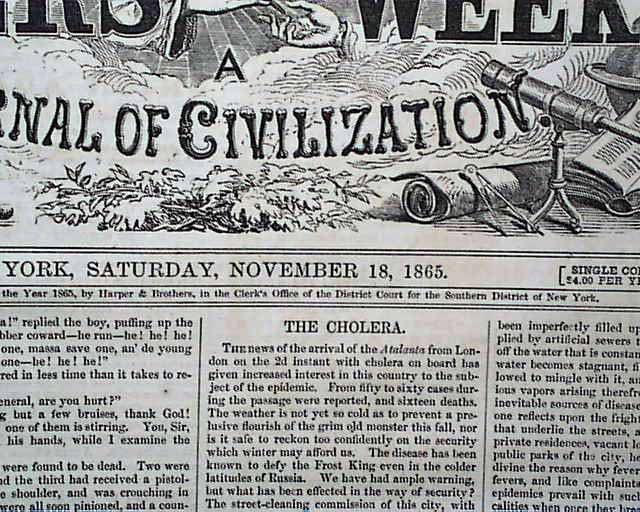 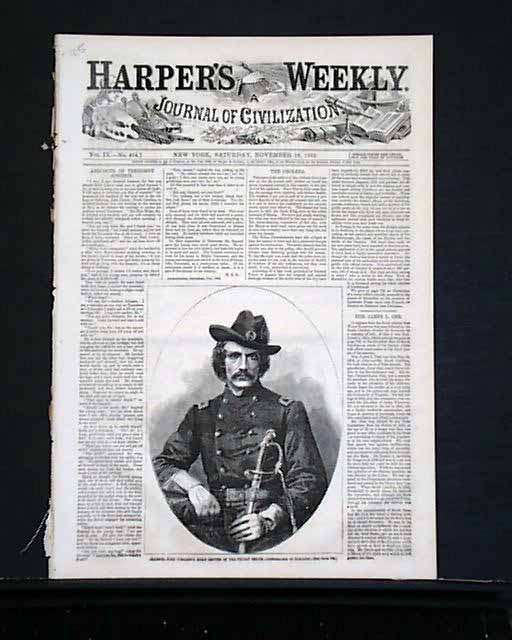 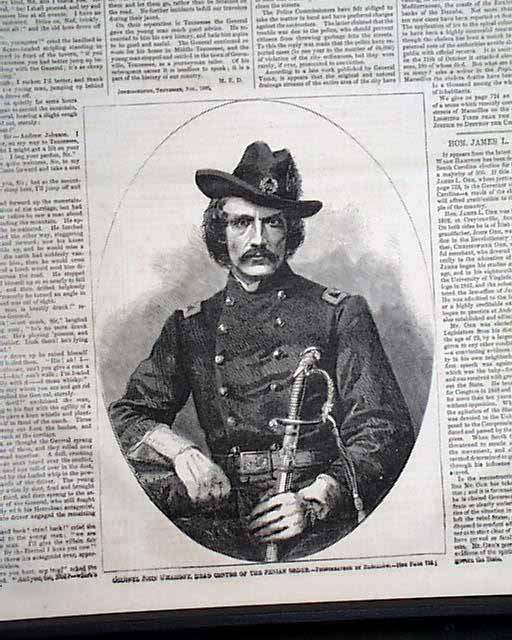 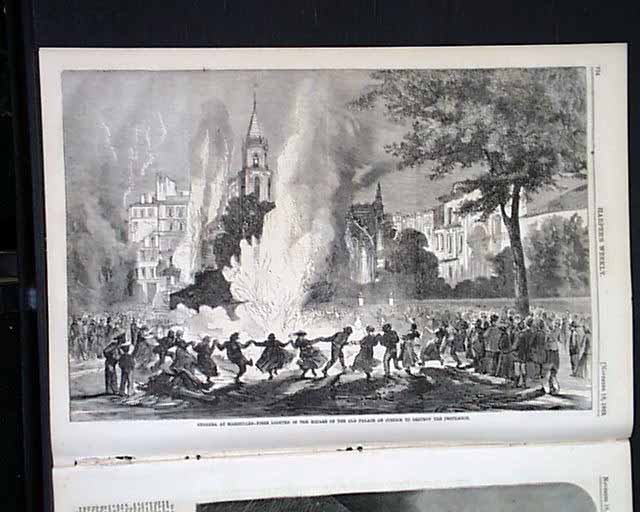 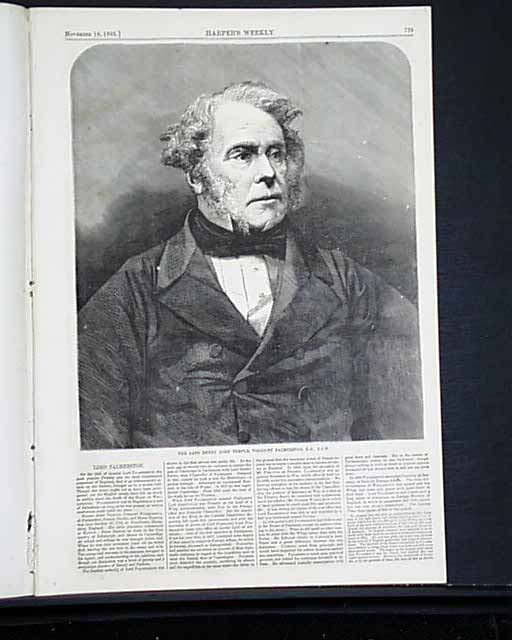 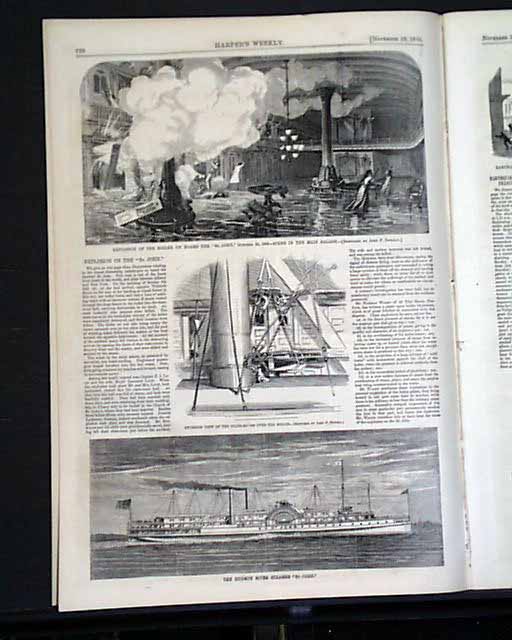 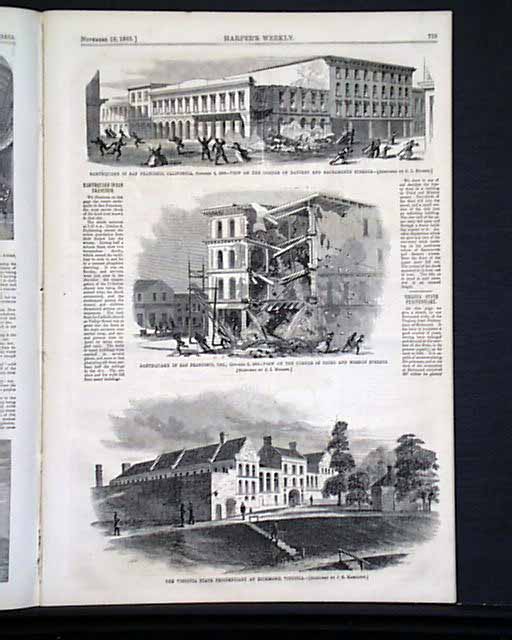 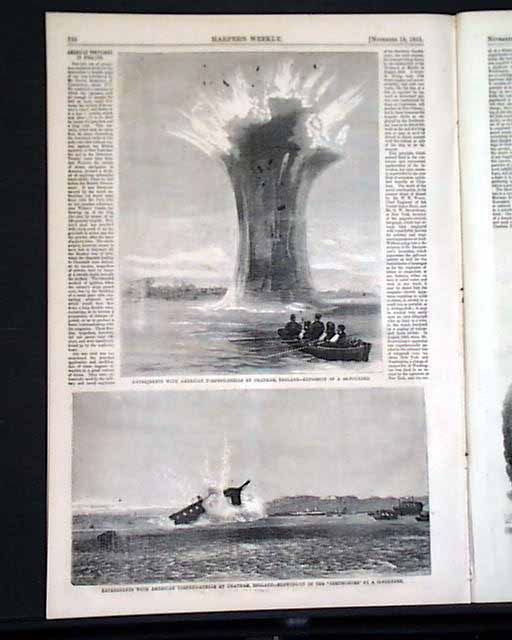 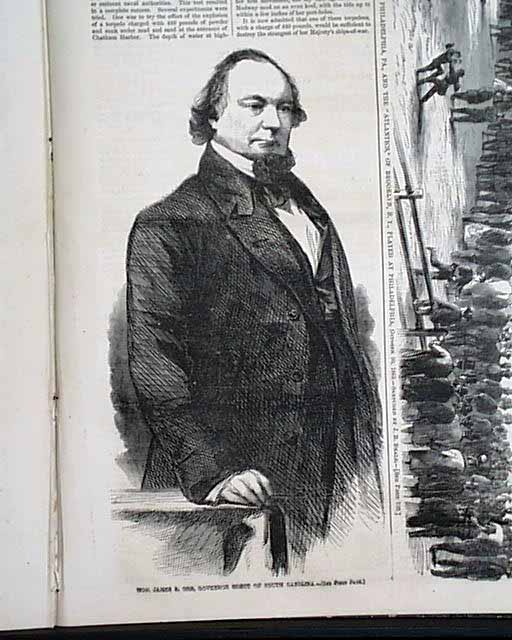 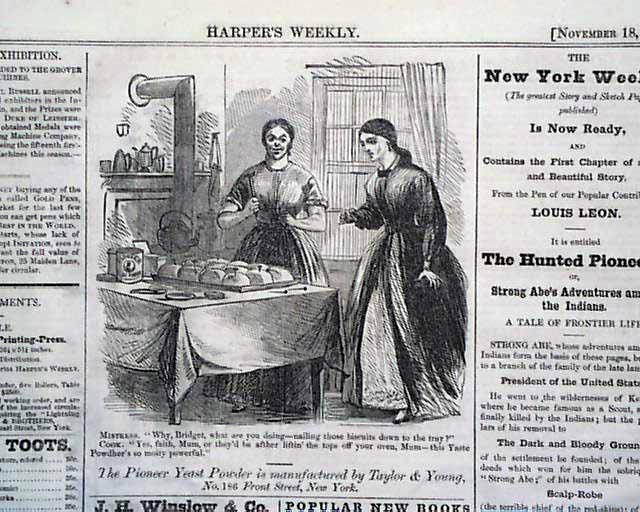 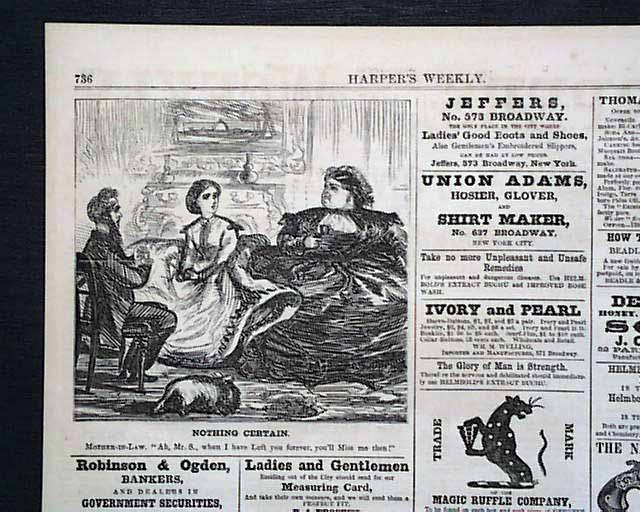