Home > Back to Search Results > Slaves being liberated...
Click image to enlarge 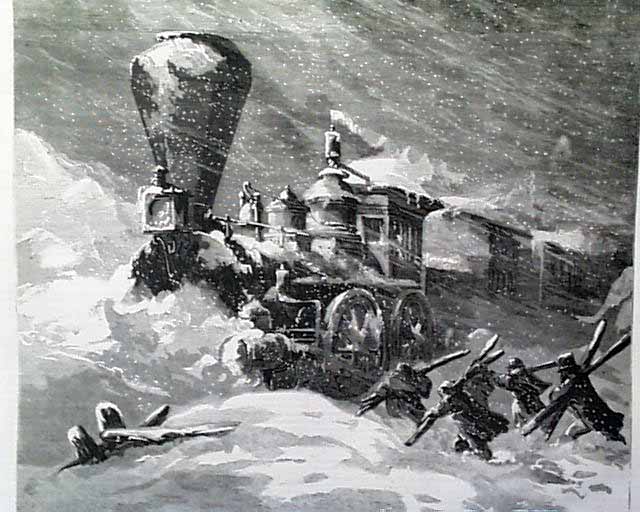 
HARPER'S WEEKLY, New York, January 23, 1864  The full front page is a dramatic print: "Sufferings In A Snow-Storm on the Michigan Central". Inside has full page prints: "Colored Troops Under General Wild, Liberating Slaves In North Carolina" and "Under The Flag".
Other prints within include: "Hon. Leland Stanford, President of Central Pacific Railroad" "The Steamer 'Brazil', Fired Upon by Guerrillas on the Banks of the Mississippi" "The Russian Fleet at the United States Navy Yard, Mare Island, California" "The Late William Makepeace Thackeray" and "Paris Fashions For January, 1864".
The doublepage centerfold is a very large print: "Return of Veteran Volunteers on Furlough" showing them being embraced by wives & children.
The back page has a cartoon: "The Recruiting Business". Complete in 16 pages. 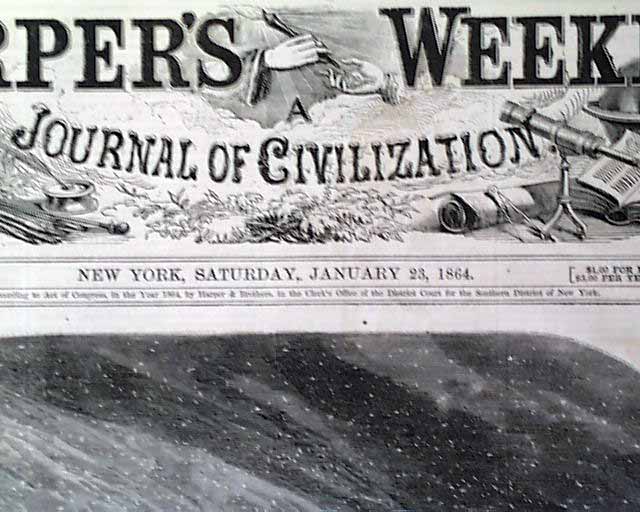 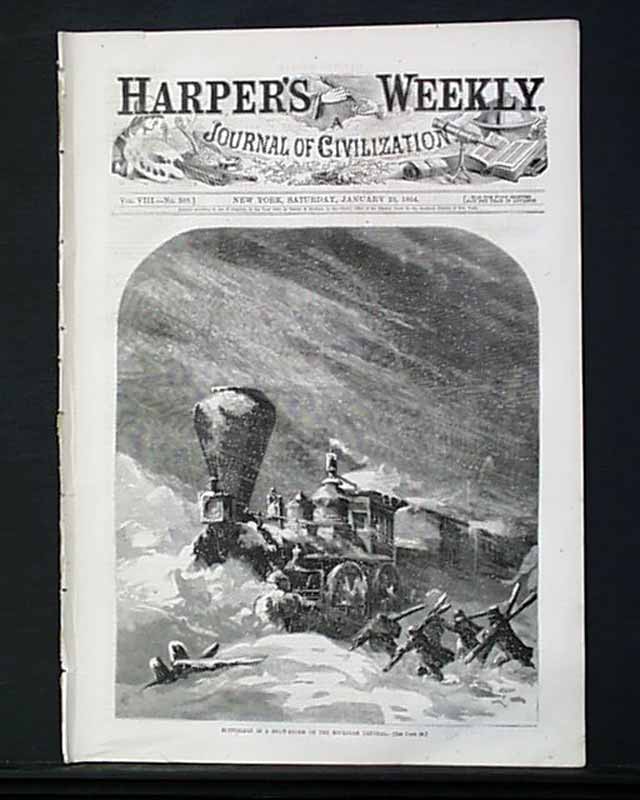 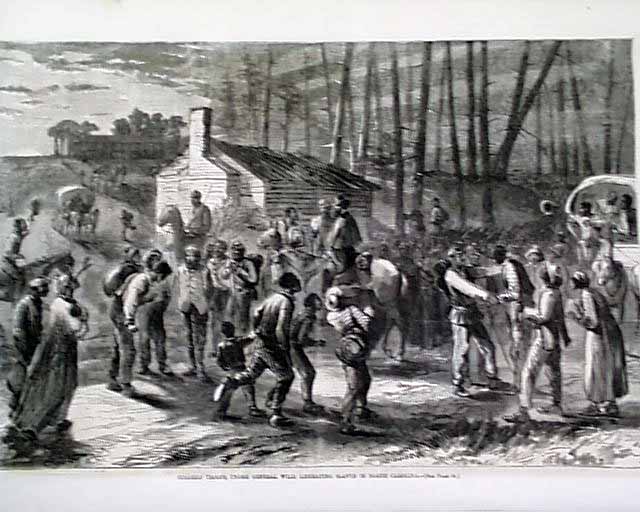 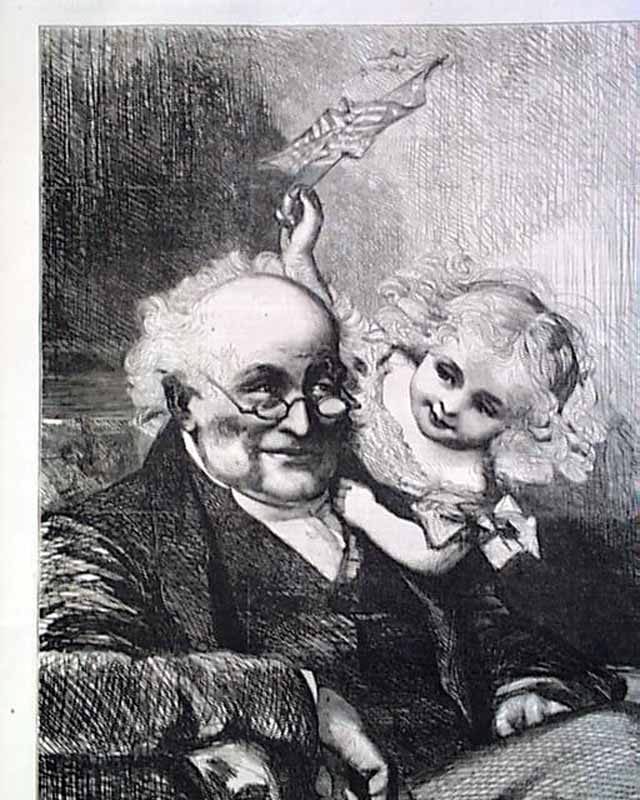 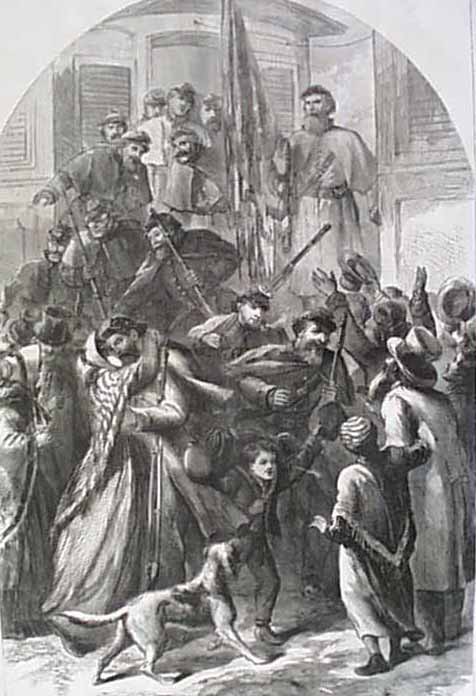 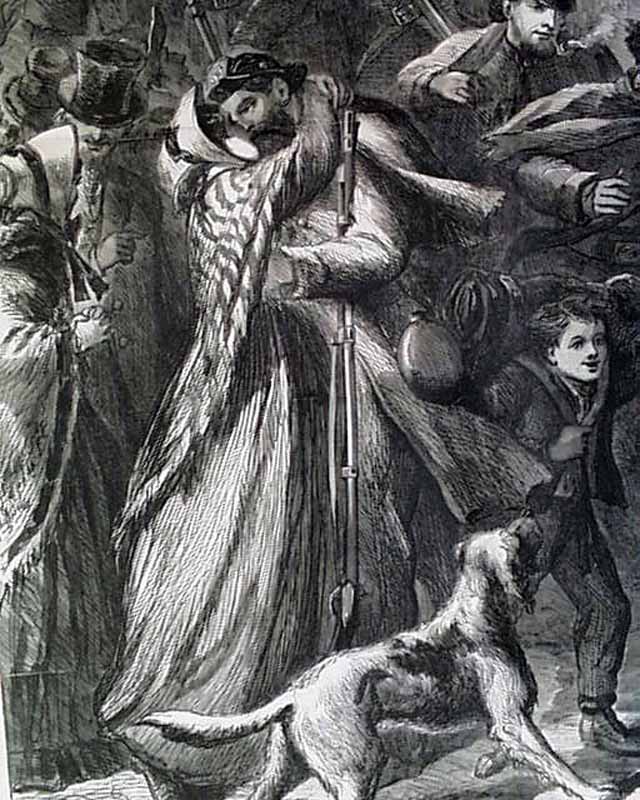 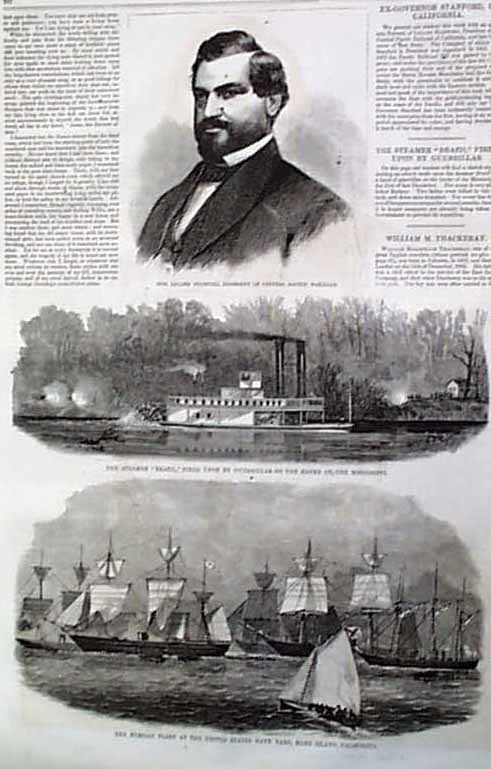 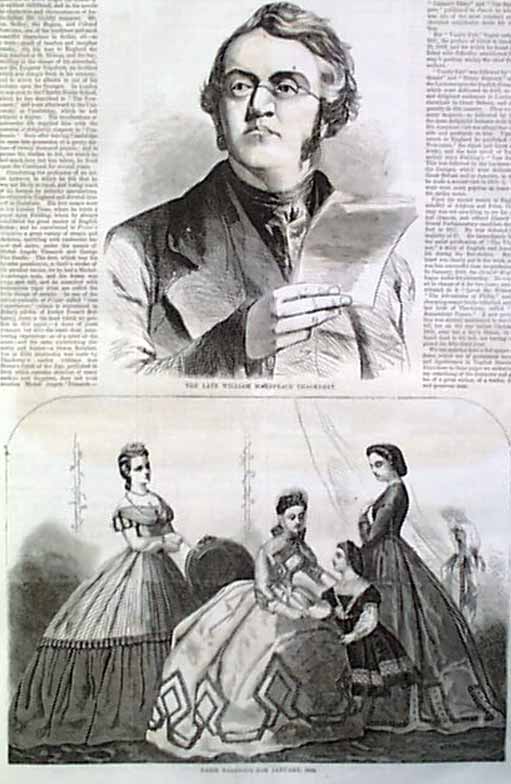 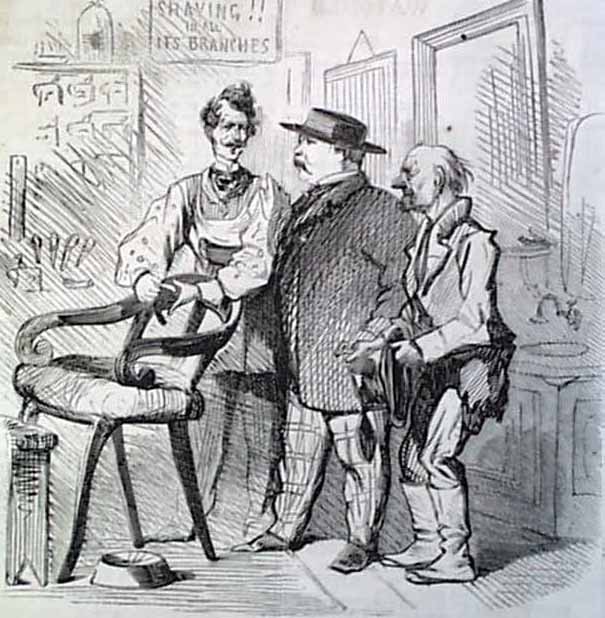