Home > Back to Search Results > Battle of Corinth... Battle of Perryville...
Click image to enlarge 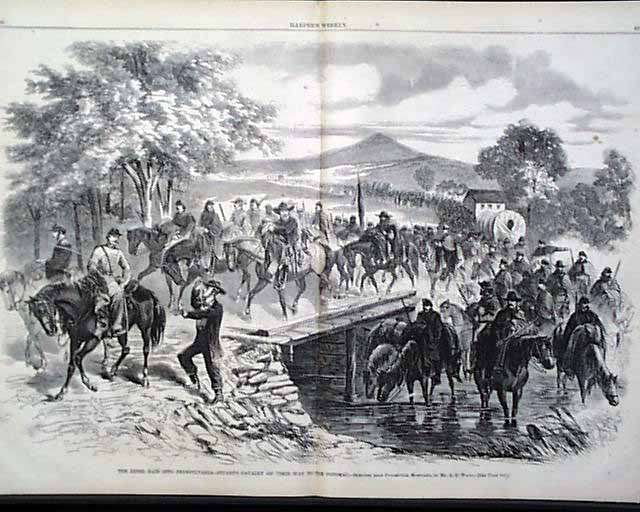 
HARPER'S WEEKLY, New York, November 1, 1862  The full front page shows: "The Town of Perryville, Kentucky, Scene of the Recent Battle" and "The Pirate 'Alabama'". Other prints inside include: "The Rebel Foray in Pennsylvania--General View of Chambersburg" and two other quarter page scenes at Chambersburg. Halfpg: "Camp Dick Robinson, Kentucky...". The very nice doublepage centerfold shows: "Rebel Raid in to Pennsylvania--Stuart's Cavalry on their Way to the Potomac". There is another doublepage centerfold: "Battle of Corinth--The Struggle Over Robinett's Battery--Stanley's Division Coming Up to the Support". (This latter doublepage is in two parts due to pages in between. If you wish to frame, please know that there will be binding holes.) Also a fullpg: "Battle of Perryville, Kentucky".
The back page has 3 political cartoons: "John Bull's Neutrality--A Distinction With a Difference" "The Railroad in Broadway" & "My Maryland!!" Complete in 16 pages. 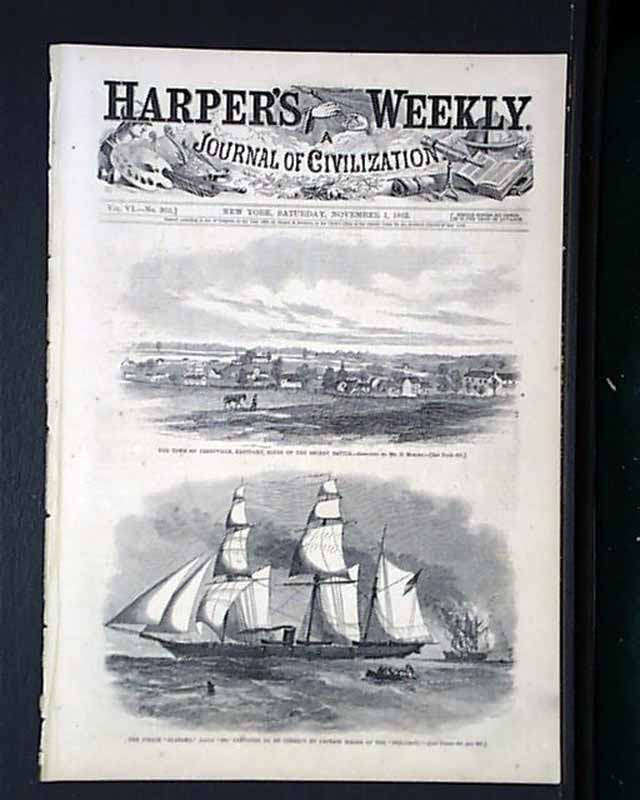 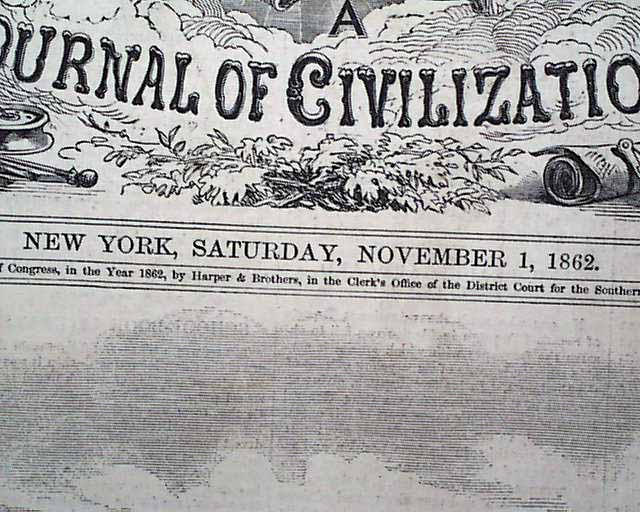 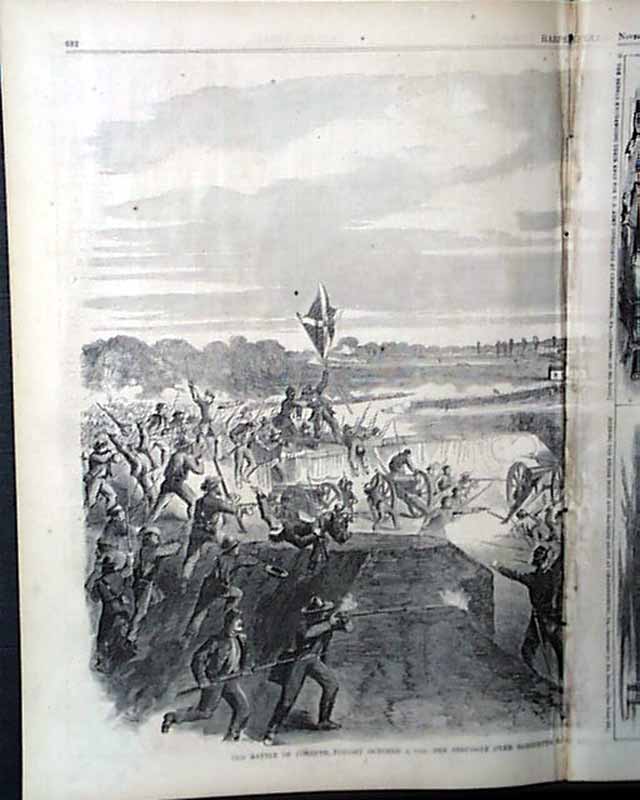 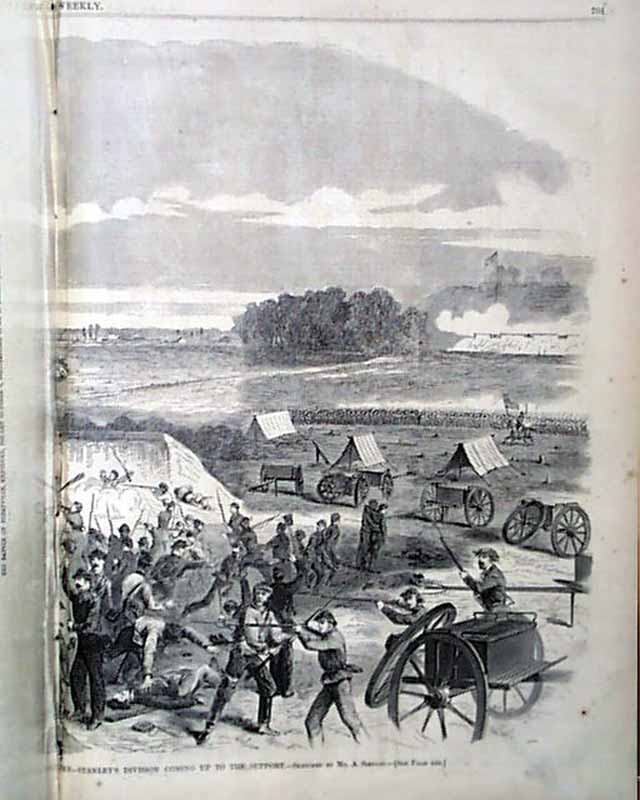 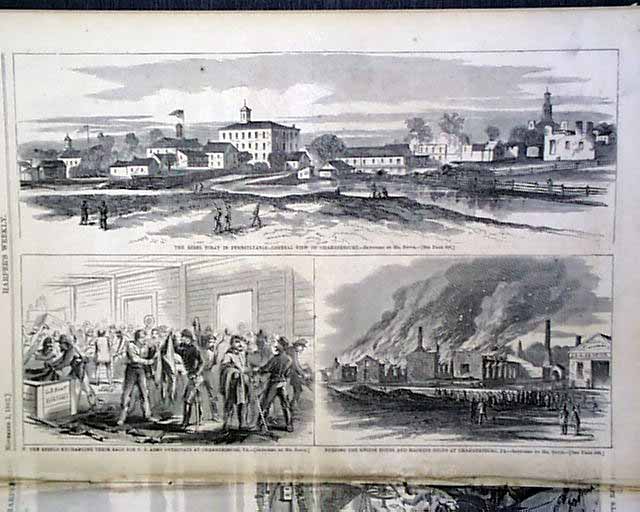 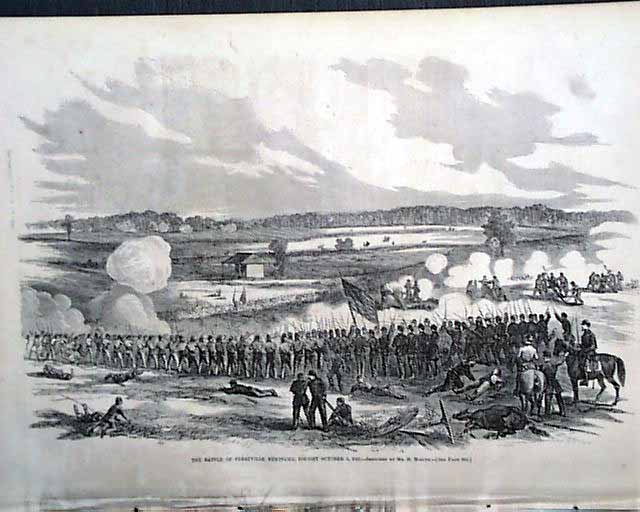