Home > Back to Search Results > Battle of Antietam...
Click image to enlarge 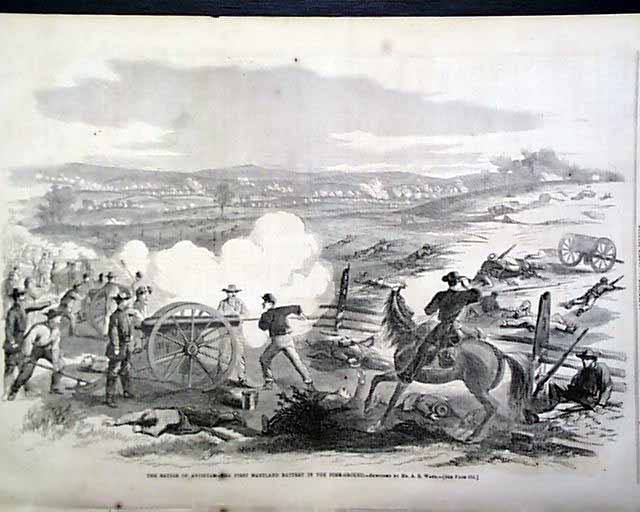 
HARPER'S WEEKLY, New York, October 11, 1862  The front page has two illustrations: "Flight of the Inhabitants of Sharpsburg at the Approach of Their Rebel Deliverers" and "Ford Near Shepherdstown, On the Potomac--Picket Firing Across the River".
Prints inside include a full page of: "The Battle of Antietam--First Maryland Battery in the Fore-Ground" and another full page with 3 prints: "General Kenly's Maryland Brigade Advancing to the Potomac". The significant doublepage centerfold has 3 prints captioned: "The Battle of Antietam, Fought Sept. 17" & "Carrying Off the Wounded After the Battle" & "Burning of Mr. Mumma's House and Barns"
Also in this issue is a full page map of: "The Battle Fields of Antietam and South Mountain"; a full page "The War in the Southwest" with 4 scenes, "The Wharf At Louisville--Inhabitants Leaving the City" "the Philadelphia Corn Exchange Regiment Fording the Potomac Near Shepherdstown" & "Shelling the Rebels on the Kentucky Banks of the Ohio River".
Also included is: "A Proclamation by the President of the United States of America" signed by him in type: Abraham Lincoln concerning the recruitment of new troops, and the suspension of Habeas corpus.
The back page has 3 political cartoons: "Lincoln's Last Warning" "The Draft" & "The Fair Thing". Complete in 16 pages. Minor (typical) foxing, otherwise good. 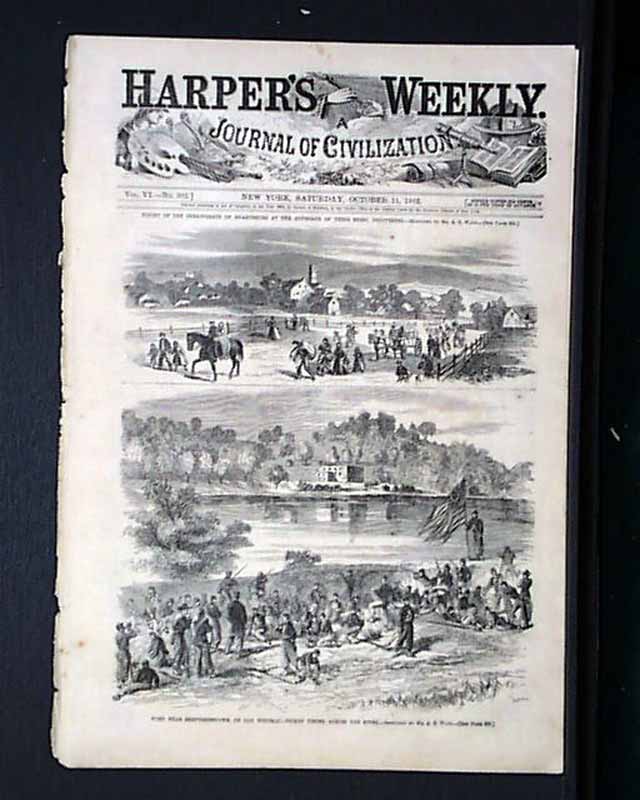 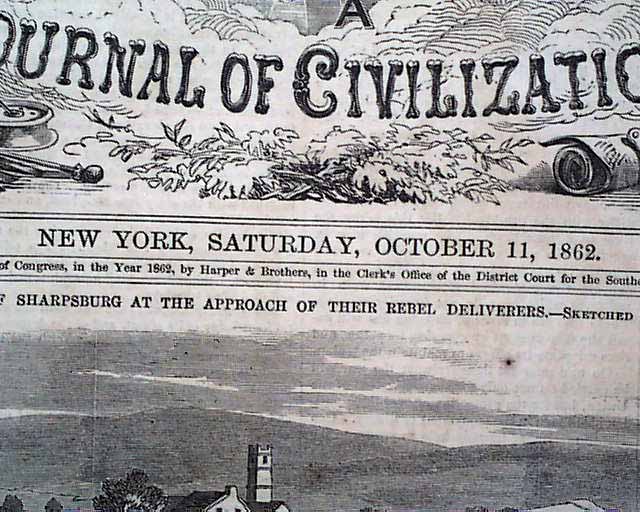 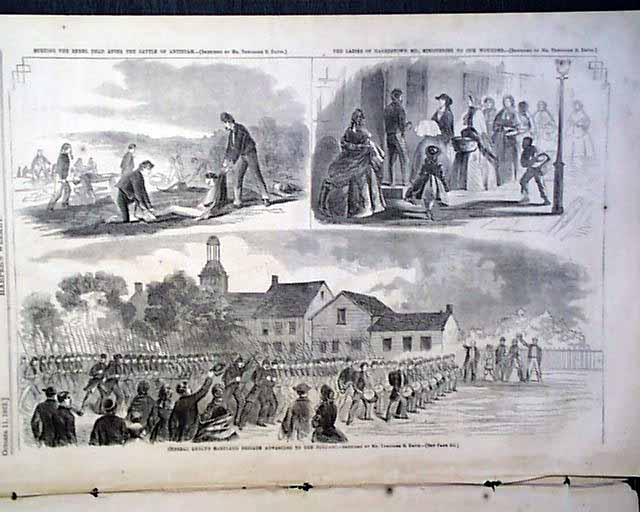 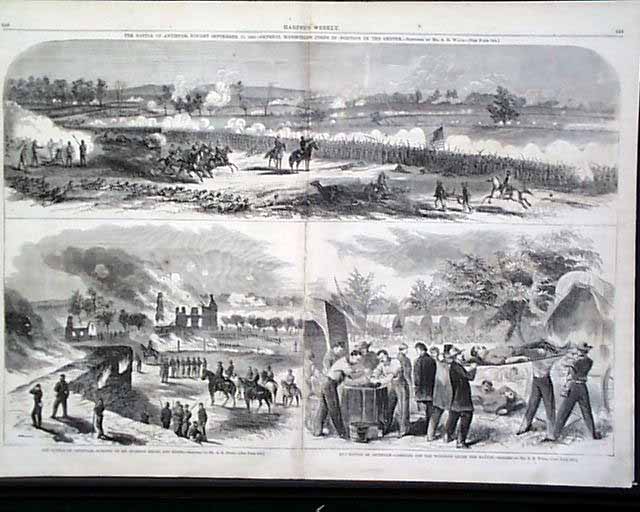 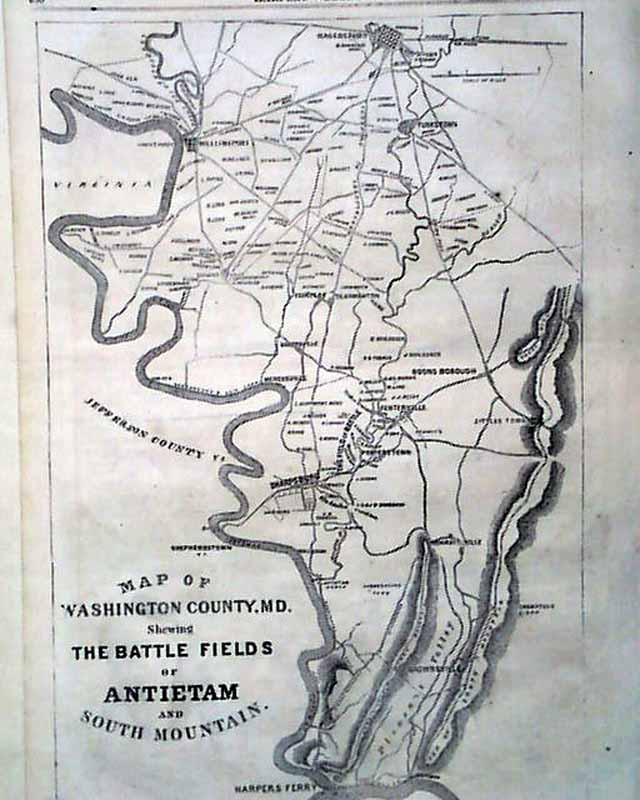 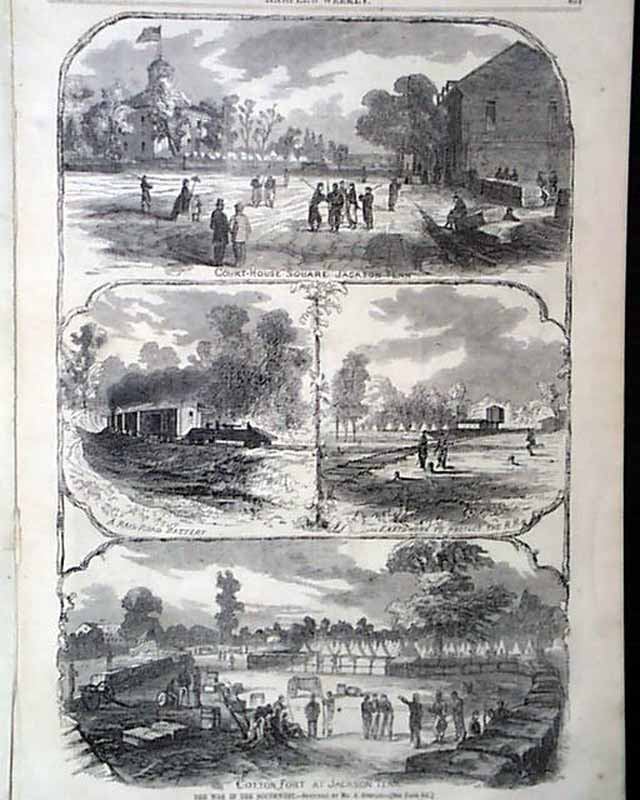 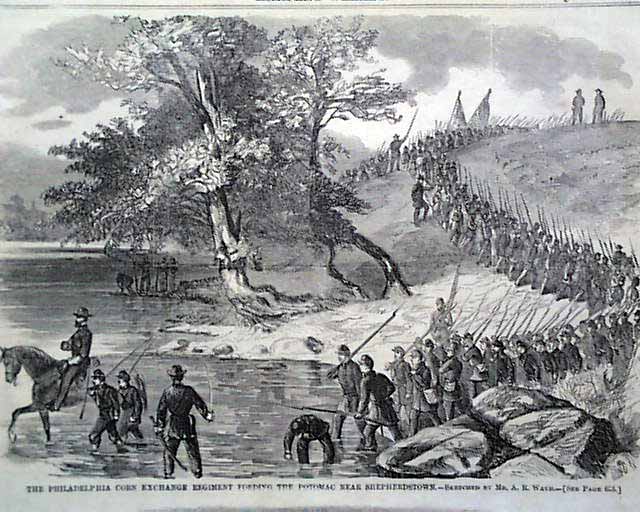 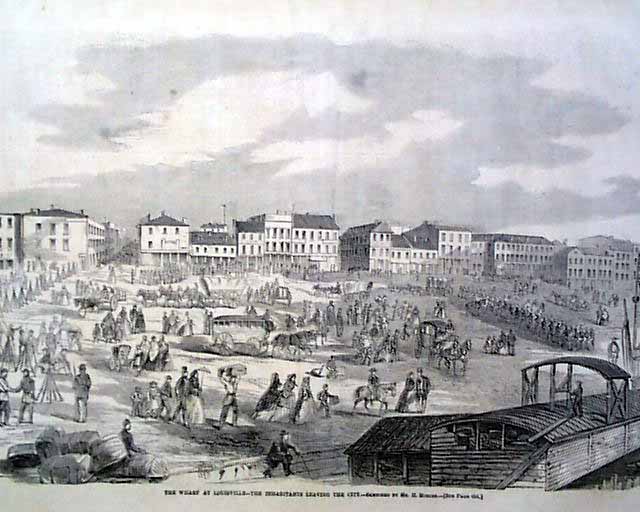