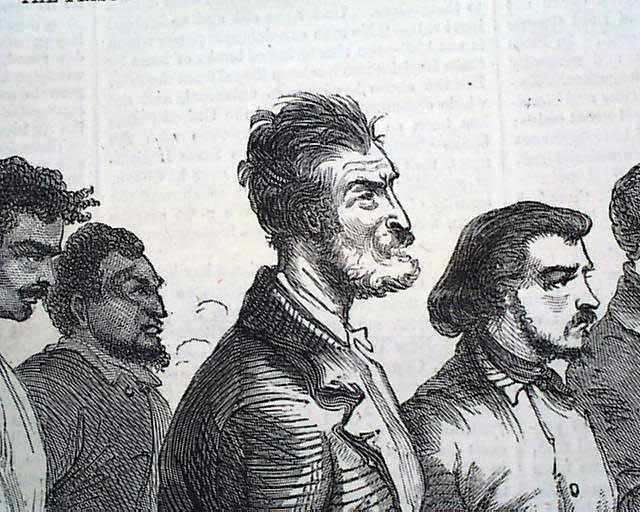 
HARPER'S WEEKLY, New York, November 12, 1859  Two ftpg. prints showing "The Prisoner (John) Brown & His Boston Counsel" and another showing John Brown at "The Arraignment" plus an article: "Will John Brown be Hanged?" plus a very nice fullpg. scene: "The Trial of John Brown for Treason & Murder" plus a lengthy related article.  There is also a print showing: "Swivel gun & pike used by the Harper's Ferry outlaws" & "The School House in the mountains used by Brown as an arsenal." This issue also contains a serialized portion of "A Tale of Two Cities" by Charles Dickens.

Of additional note is one of the earliest visual depictions of gorillas - based upon actual gorillas brought to the United States by the French-American explorer Paul Du Chaillu, who is credited with discovering what were previously considered mythological creatures. His discovery, combined with images such as the one included within this issue, were instrumental in creating a firestorm of debate regarding evolution. Images such of these were later criticized for exaggerating gorilla's human-like features, and helped fuel negativity toward them. 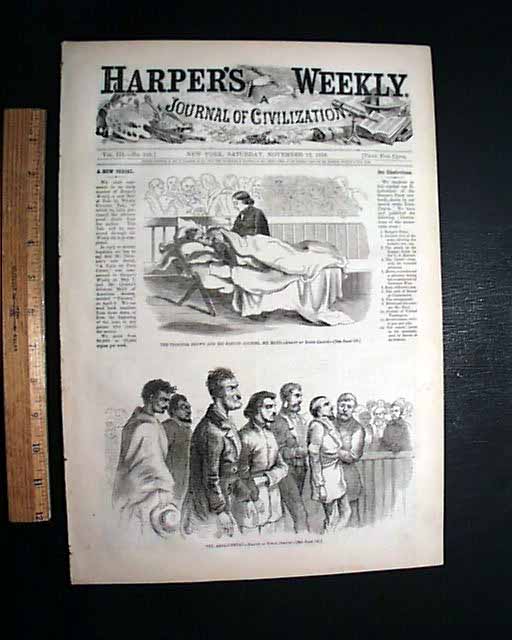 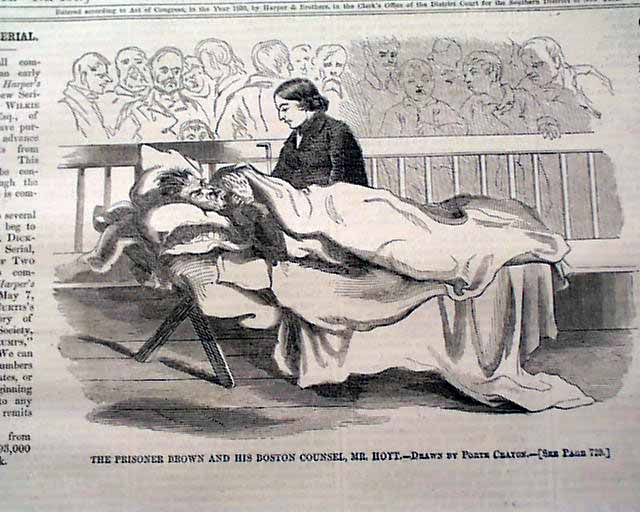 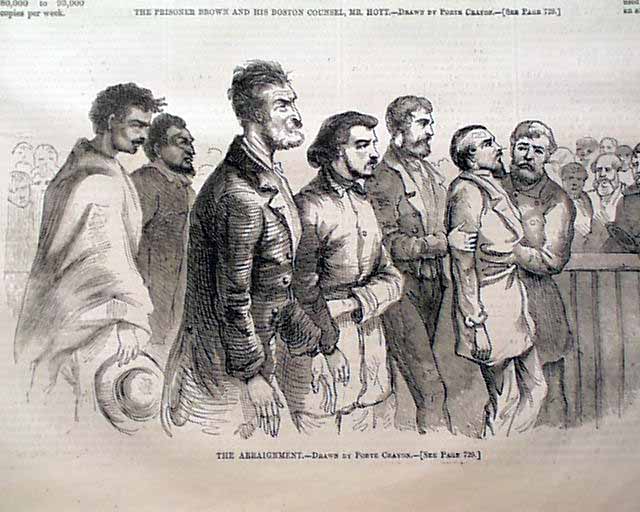 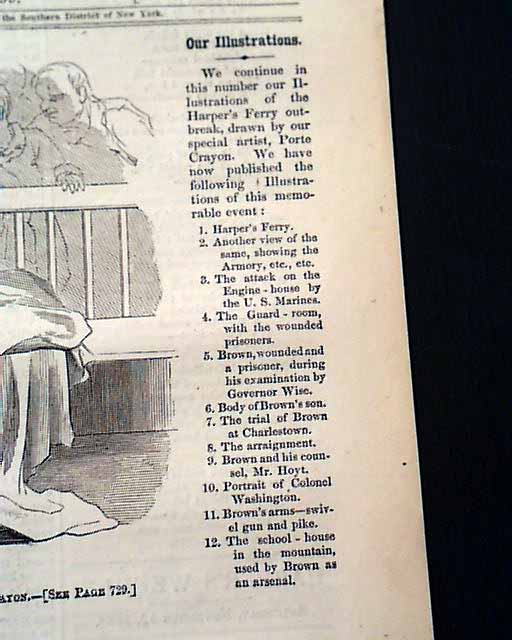 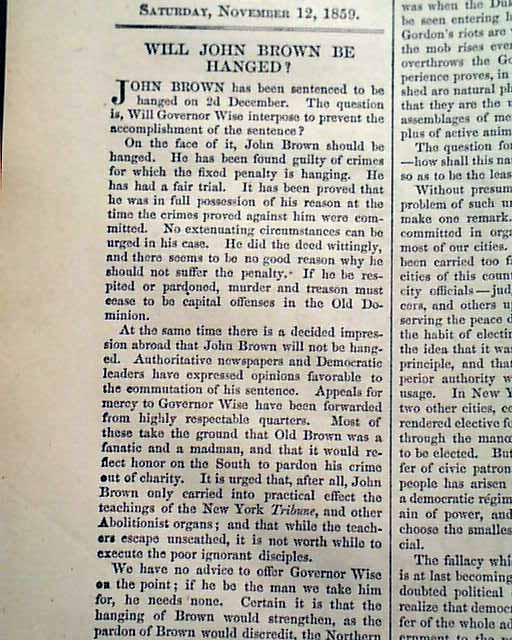 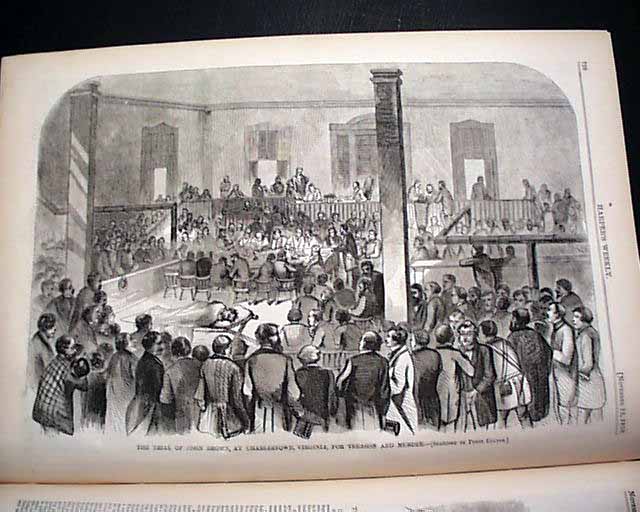 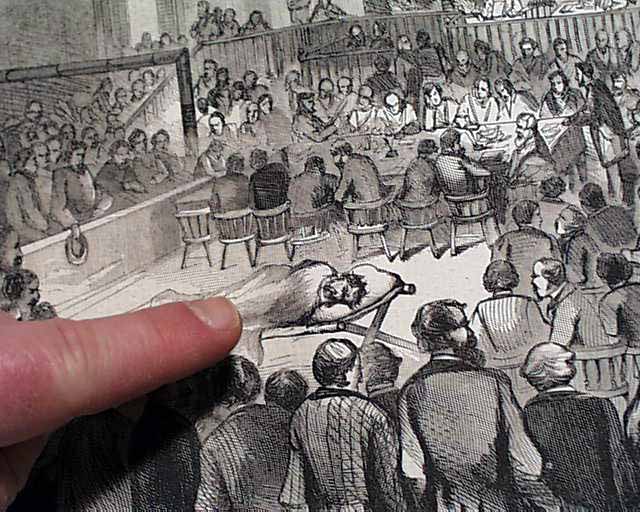 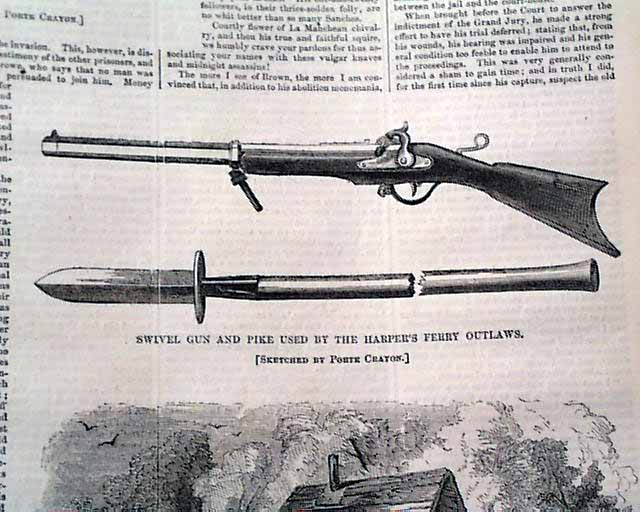 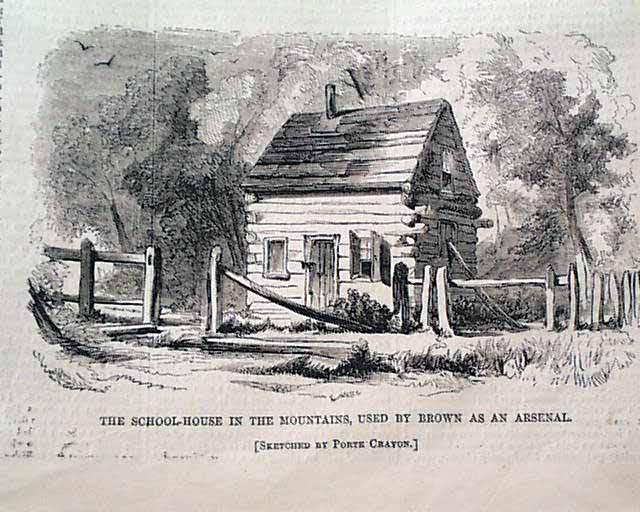 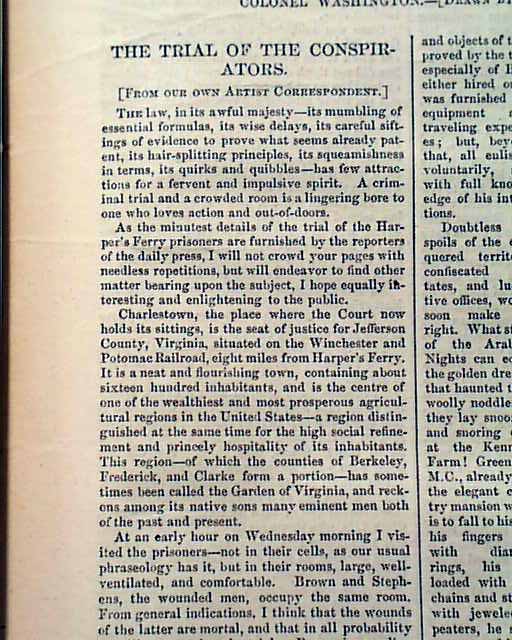