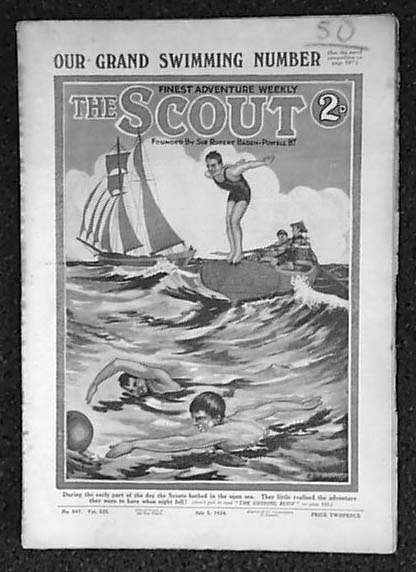 
THE SCOUT, London, 1924  An early issue of the official "Boy Scout" magazine, and noted in the masthead: "Founded by Sir Robert Baden-Powell". Much like the Boy's Life of its day, with various articles & stories of interest to boys and scouts. Color cover. Note that the photo is "generic" and the issue you get will not be this specific date but will have the format as shown. Twenty-Six pages measuring 12"x 8".