Home > Back to Search Results > Andrew Jackson for President...
Click image to enlarge 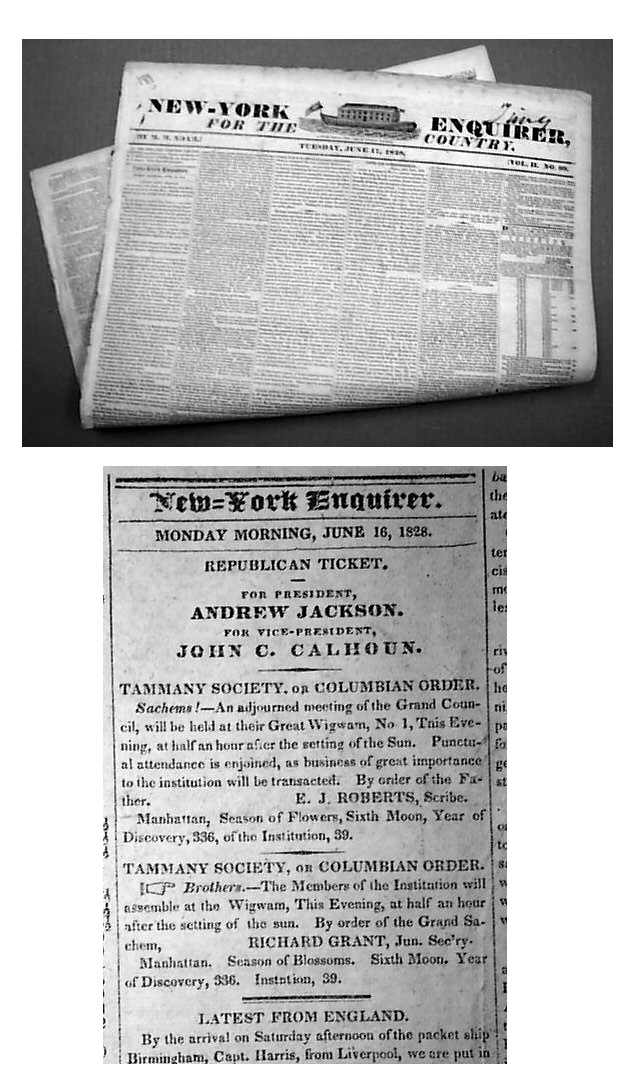 
NEW-YORK ENQUIRER, FOR THE COUNTRY, 1828  This newspaper was published by Mordecai Manuel Noah who is credited with being the first Jew born in the United States to reach national prominence. With his last name of Noah he though it appropriate to have an engraving of Noah's ark in the masthead (see photos). One of his earlier positions was a post with the State Dept. as Consul to the Kingdom of Tunis where he rescued American citizens kept as slaves by Morroccan masters. Allegedly, Noah was removed from this position because, in the words of Secretary of State James Monroe, his religion was "...an obstacle to the excercise of [his] Consular function...". His firing caused outrage among Jews and non-Jews alike. In 1819 Noah wrote a play, "She Would Be a Soldier", establishing him as America's first important Jewish American writer. In 1820 Noah tried to found a Jewish homeland at Grand Island in the Niagara River to be called Ararat.
Pg. 3 ad for the "Republican Ticket" endorses "Andrew Jackson for President and John C. Calhoun for Vice President". Title and date just above the ad. Early for this type of political endorsement. A few stray notations, occasional foxing..