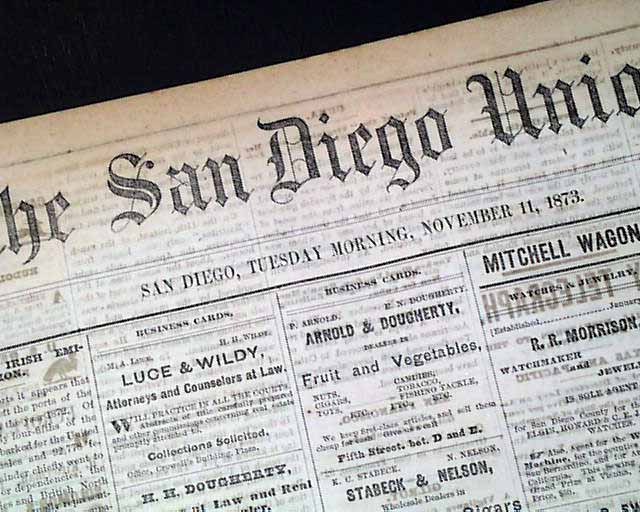 This 4 page newspaper has news of the day with several interesting advertisements. With newspapers West of the Mississippi being very rare prior to 1900, here is an opportunity to get a issue from the old West back when cowboys, Indians, saloons, gold miners & gunfights were often seen on a regular basis.

Very early for California. Some browning at the margins with little spine wear, otherwise in good condition.  The issue you receive will have the look and be of similar condition as to the one shown in the images.  Actual dates vary within 1873.