Home > Back to Search Results > Newspaper from a ghost town...
Click image to enlarge 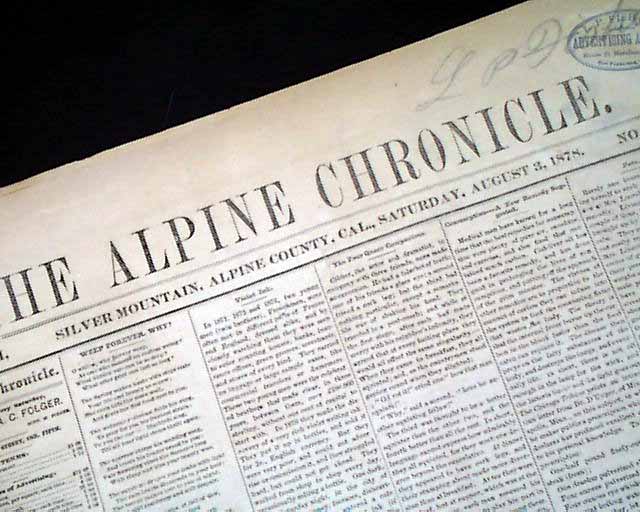 Newspaper from a ghost town...

Item # 130018 ALPINE CHRONICLE, Silver Mountain, California, 1878 Originally called "Kongsberg", Silver Mountain was founded in the late 1850's-early 1860's by Scandinavian miners prospecting for silver. By 1863 the name was changed to Silver Mountain City. By 1866, the town had a population of 3,000. It was the county seat of Alpine County from 1864 to 1875. The demonetization of silver in 1873 caused its decline. Silver Mountain City was pretty much abandoned by 1886 and remains as a ghost town today.
Complete in four pages, irregular & partially loose at the spine margin with some moss, others tears at the edges, never-trimmed margins, evenly toned causing some fragility so must be handled carefully.