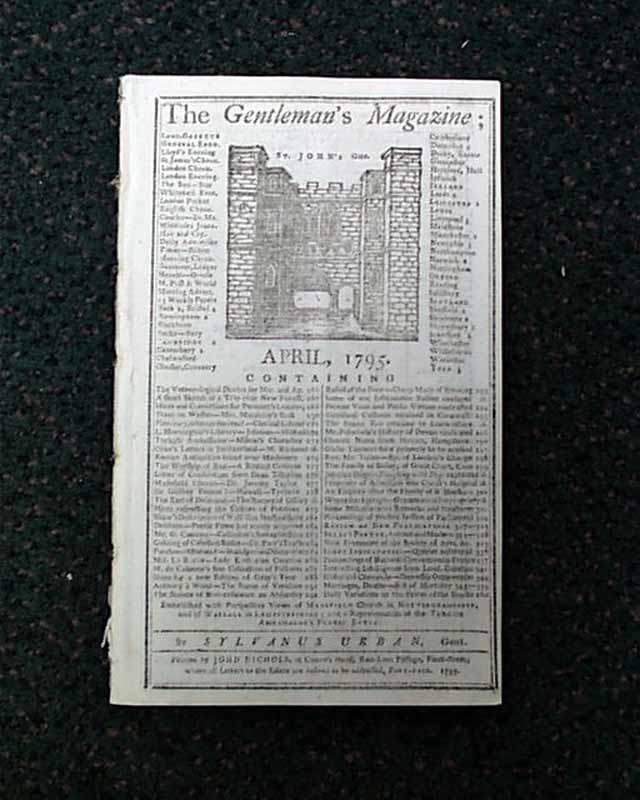 Item # 121385 THE GENTLEMAN'S MAGAZINE, London, April, 1795  Among the articles within as noted in the title/index page are: "The Worship of Baal--A Biblical Critique" "Mansfield Church--Dr. Jeremy Taylor" "Hints Respecting the Culture of Potatoes" "Private Vices & Public Virtues Contrasted" " & more.
Near the back is a section of "Domestic Occurrences" with various news reports from various locations.
The entire back page is taken up with a chart headed: "Each Day's Price of Stocks in April, 1795".
Lacking the plates called for.
Complete in 88 pages with full title/contents page, measures 5 by 8 inches and in nice condition.

A very nice 18th century magazine from England with a wide range of varied content including news of the day, political reports, literary items, and other unusual tidbits. This was the first periodical to use the word "magazine" in its title, having begun in 1731 and lasting until 1907.