Home > Back to Search Results > The treaty with France...
Click image to enlarge 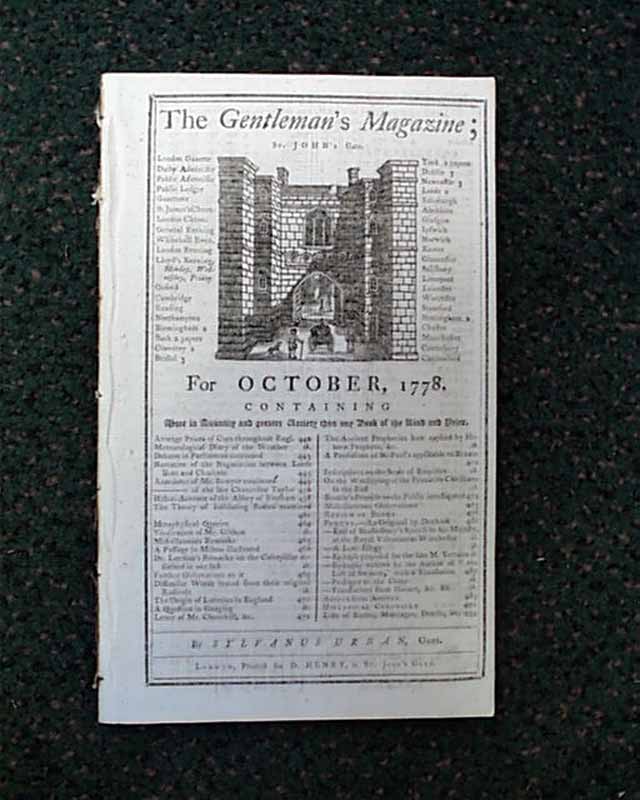 The treaty with France...

Item # 120940 THE GENTLEMAN'S MAGAZINE, London, October, 1778  Among the articles within are: "The Theory of Insulating Bodies Examined, & some of the Supposed Properties which Electricians have ascribed to Glass, proved by Experiments not to Exist" includes reference to Ben Franklin; "On the Worshiping of the Primitive Christians to the East" , and more.
The most significant content falls under: "Advices Received from America" which includes a number of war reports, one beginning: "...the measures pursued to conciliate the minds of the people & to restore peace, have failed of their effects; the ravages of war are still continued...The congress, jealous, perhaps, of their own existence, should the terms held forth by the British Parliament meet the wishes of their constituents..." with more (see). Also a lengthy letter from George Johnstone [member of the British peace commission] to General Reed concerning his thoughts on the war. And a letter from Johnstone to Robert Morris which includes: "I came to this country in a sincere belief that reconciliation between Great Britain & America could be established on terms honourable & beneficial to both..." and a bit further on: "...I think that Washington & the President have a right to every favour that grateful nations can bestow if they could once more unite our interests and spare the miseries & devastations of war...".  Congress responds to Johnstone's offers with: "...it is incompatible with the honour of Congress to hold any manner of correspondence...with the said George Johnstone, especially to negotiate with him upon affairs in which the cause of liberty & virtue is interested...".
This if followed by content which acknowledges the treaty of cooperation with France during the war, recently concluded (see), and noting: "...demonstrated the wisdom & magnanimity of his most Christian majesty...virtuous citizens of America  ...can never forget his beneficent attention to their violated rights...raising them up so powerful & illustrious a friend..." with more.
Complete in 54 pages, full title/contents page with an engraving of St. John's Gate, measures 5 by 8 1/4 inches. 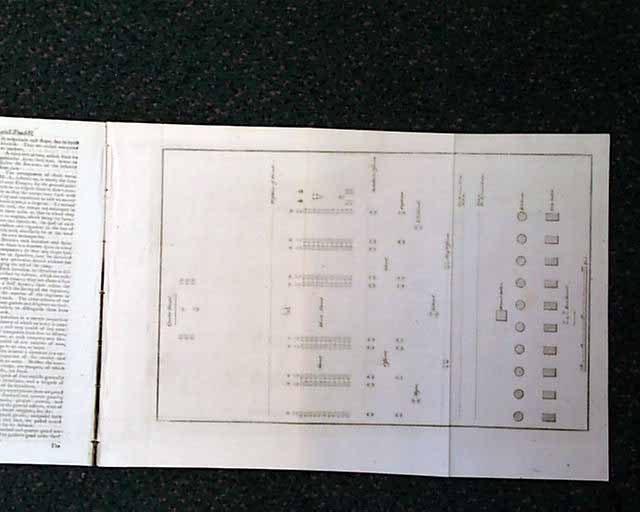